“When you can’t make them see the light, make them feel the heat.”
Ronald Reagan

Sorry for the delay. So many things have been happening around me and I can’t even timely reply to press request messages. (Those who follow me on Facebook can easily figure out what’s happening though.)

Petitinvention- Best of May

The concept of this is very simple: a little larger iPod Touch that works as a mac (that I could buy for less than $1,000).

As of now, this is the only June calendar I have, so I’ll add a few more. 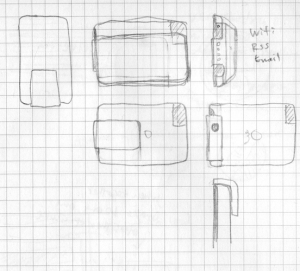 With this, it would be a lot easier to blog outside, but the function I like the best about this is the WiFi indicator.

4.Future of Mobile Search for Diet

I could’ve made a bar graph with an image of a glass of beer or a bar of ice candy.

If there was this kind of product, I would definitely buy the Apple’s wifi keyboard.
There are a lot of 10-key keyboards that work as a calculator, but they’re a bit bulky. I’ve been thinking about a way to ‘hide’ the display part when I don’t need it.

Actually I wanted to introduce the sketches in my Moleskine for all the ideas above, but 4 of them came straight out from my head, so there’s only one shown.

Thanks to Smashing Magazine, there have been so many visitors from their post “Beautiful And Original Product Designs“, where my concept “External Touch Screen” is introduced among other designers’ ideas. Thank you so much!!

The reasons why I’m having the slow update are 1) I’ve been still learning how to use a new 3D app, 2) the ideas I’ve come up with these days are a little more promising than usual that I think I can use for design competitions so I won’t disclose them now, and some other reasons. 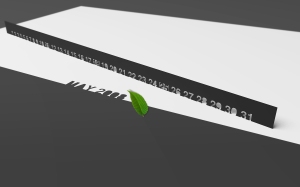 Added a new one for May.